Summer, sun, vacation! That almost magical phrase from childhood: summer vacation! Six weeks of freedom, for a kid it felt like nearly an eternity without school, homework, or a busy schedule. This most beautiful summer weather was often combined with a trip away from home. Sometimes it was “only” to the grandparents in the Swabian countryside, sometimes it was a car trip to Spain or maybe Italy. A family of five packed in a Volkswagen from the German city of Essen to the Spanish city of Valencia, for example. In the 70’s it was always a trip into the warm summer sun – and it was our quest to find it. The pain of parting at the end of a vacation could at least be kept in check by imagining the reactions of friends, relatives, and classmates to that fabulous summer tan. This was at least true of me and my friends while I was in secondary school: tanned was the visible proof of a legendary holiday. Tanned was rested. And getting a tan with the “Mediterranean sun” was better than getting that same skin tone in the Ruhr valley that I called home. Tanned was a synonym for good health. And that was the same around the world.

Today we know better. Tanned doesn’t translate to good health, far from it. Especially since the golden-brown skin tone was formed through all the small and large sunburns that we got while sitting unprotected at lunchtime on the beach and in the water. Applying lotions was done after, not before. Sunburns add up and cell mutations caused by UV radiation continue to develop over years. Until, at one point, they become visible as malignant melanoma - black skin cancer. This most dangerous form of skin cancer forms metastases very early, so even more so than with other types of skin cancer it needs to be detected in early so effective treatment can have a chance.

But the nationwide introduction of the skin cancer screening test in Germany, which is widely implemented today, for everyone age 35 and over, was not mandated until July 2008.

For decades many did not know about the true dangers of the sun. They would intentionally seek out a spot to soak up all the rays they could rather than avoiding it. But eventually, we learned, but by then it was often too late. Just like for my father. When a "strange birthmark" was diagnosed as black skin cancer on his shin towards the end of the 90’s, everyone – including the doctors – assumed it would be cured. After all they assumed, it was discovered “early enough”, because of its small size. It was not clear to us at this point that the skin cancer was already widely distributed in his body and had already been spreading for a long time. The focus was exclusively on treating his leg. After the melanoma was surgically removed, another spot appeared on his thigh. This was also operated on – it spread over a large area, and now the wound was no longer closed. Long inpatient treatment was unsuccessful, on the contrary: my father's leg began to die.

Two years after the initial diagnosis, his left leg was amputated above the knee. My father, who loved walks, bike rides and hikes, who played tennis and ran with my mother in the Himalayas was not suffering only physically but also mentally. The stump on his leg healed poorly and finding a well-fitting prosthesis was an endless, grueling procedure that often resulted in despair and the desire to give up. A situation that is extremely stressful for the family because there is nothing they can offer other than love and compassion.

Fate can be ironic: here at medicalvision later, I was developing a concept for an awareness campaign entitled “Dermatologists Against Skin Cancer” ­– a project on how to enjoy the sun properly and prevent skin cancer, which has I assume has helped many people. Because yes, the sun is vital, systemic, and beneficial to our mental well-being. But, if there is one thing I can do, it would be to ask you to please make yourself aware of the risks of UV radiation, not only when you are on vacation, but year-round, and think above all about protecting your children who can have very sensitive skin. Comprehensive information, moderate enjoyment – that's how I would sum up a good sun strategy. Our family wasn’t able to benefit from the then new scientific knowledge. My father kept going to the hospital, and at one point he was there permanently. Radiation and medication became ineffective. He lost his leg, then his coordination and motor skills, and later his speech, because the metastases also infected his brain. He died in August 2004, at the age of 67. 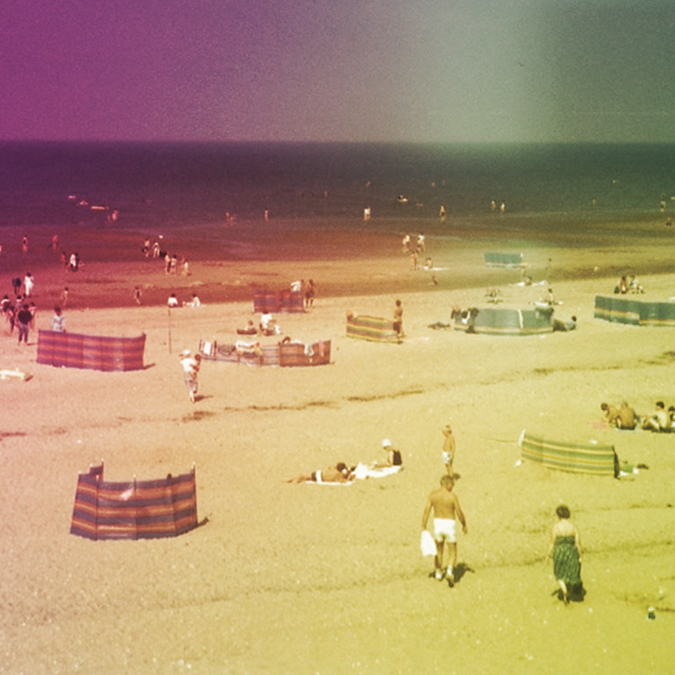