When I first heard my father had been diagnosed with Parkinson’s disease in 2013 I knew next to nothing about it. Parkinson’s gained awareness when Michael J Fox, known for his roles in the Back to the Future films, announced he had it in 1998. I knew it caused tremors, sometimes bad ones, and that it made daily activities more difficult but that is essentially where my knowledge ended.

For a while after the diagnosis everything seemed as it ever did with my dad. He was as active as he had been and still able to do the things he had done before. The diagnosis was scary but for the first year or two it was like storm clouds hanging over our heads threatening rain, thunder and lightning but in the end only casting dark shadows.

Over the next few years as my dad lived with the disease things got progressively, albeit slowly, worse. The initial medication regiment he was put on seemed to help keep the Parkinson effects at bay. He still lived a mostly normal life without many complications. My father was a proud man and you had to be paying attention to see if something was amiss with him. He wouldn’t tell you about it. He would just smile and tell you that everything was great, so that’s what he did.

I live in Germany with my wife and son and my father lived together with my mom in California. One of the things that had always been difficult for me was the infrequency with which I would see my parents. For a time, they would come and visit us in Germany each summer for about 2 weeks. In 2014 mostly due to my dad’s advancing Parkinson’s hindering his ability to travel, my parents gave us a summer trip to California as our Christmas present. This became our annual Christmas gift from that point on. Seeing my parents only once a year had the side effect that I would be more attuned to the gradual toll that Parkinson’s was taking on my dad since I would see the progression one year at a time rather than the nearly imperceptible changes taking place every day.

In 2015 my dad really wanted to do something memorable for my son who had just turned 7. He decided to take us all to Disneyland. Disneyland is notoriously expensive, but he really wanted to do something extraordinary for his grandson, so we went. It was August and it was hot. Before we left, we agreed, for my dad’s welfare, not to overdo it and to leave if it all got to be too much for him. My dad, during our visits to California would be able to do an activity one day if on the following day he could rest at home, but “normal” activities were going out to dinner, going for a drive or a short walk, or maybe doing a little shopping but nothing so ambitious as visiting a theme park in the hot sun. Disneyland was, suffice it to say, ambitious. The day we went it was, as to be expected during summer vacation, crowded. We went on 3 rides, got a watercolor portrait of my son made that my dad insisted upon and went home because it was clear that the day was really taxing for my dad. We were there for maybe 3 hours and even that felt too long. It wasn’t a total disaster, but I suspect my dad felt like he let his grandson down. My son, to this day, doesn’t have the fond memories of Disneyland that I do. He couldn’t experience Disneyland the way a kid should, sprinting from ride to ride, seeing shows, eating ice cream and popcorn and spending an entire day there living out a child’s fantasy. My dad wanted so badly to give him a special memory that would last a lifetime, but it just didn’t work out because my dad was so limited in what he could do.

The following years things continued to degrade for my dad. At one point it became clear he couldn’t completely take care of himself and that my mother was not capable of taking care of him either. We hired a caregiver to come and help him with the daily activities that were getting more and more difficult. He started using a cane and after that he gave up reading because his vision got worse, this must have been particularly difficult for him since he had been an avid reader all his life. When we went somewhere my son would patiently help fasten the seatbelt for him because he struggled to do it himself. He couldn’t dress himself on his own and towards the end he would need help showering and shaving. I helped him get dressed a few times and each time he was so wiped out afterwards that he would lie down and take a nap. Sometimes the nap was an hour, sometimes a few hours. In retrospect I am convinced he forced himself to get up and be active because we were there, and it was the one time a year he could see his son, daughter-in-law and grandson. Every little thing he did became difficult and tiring for him no matter how trivial it might seem to you or me.

On the last day of our summer visit in 2019, we were having breakfast in the backyard in the warm California sun. We sat and ate together as a family; my mom and dad, my wife, son and myself. As we waited for a car to arrive to take us to the airport to fly home my dad briefly fell asleep at the table while eating his eggs. I can still see his head bowed holding his fork with a bite of egg still on it. He was so exhausted that just waking up and coming to the table was too much for him, but he wanted to be there, at the table with us on our last day. I was near tears to see him so helpless, even writing this now, half a year later, is difficult. The car arrived, I said goodbye to him and urged him not to get up to see us off. I told him he needed to take it easy. He wouldn’t have it. With the help of the caregiver, he got out of his chair and escorted us to the front door to see us off. My parents gave us all hugs, told us they loved us and that they looked forward to seeing us next summer. It was the last time I saw them in person. My dad fought as hard as he could, but eventually Parkinson’s bested him.

In 2020 we cancelled our plans to visit California because of the Coronavirus Pandemic. My dad passed away on August 18th of that year, one week after we would have been back from visiting them that summer if there hadn’t been a pandemic. I grieved with my mom over the phone. We were planning to visit her this year in summer 2021 to have a ceremony for my dad. We were hoping the pandemic would have eased up and we all could be together again to celebrate my dad’s life and mourn his passing. My mom passed away last month. Being without my dad and having her son and family so far away, she felt it difficult to cope. Parkinson’s clearly affected my father, but it also affected in such a profound way, everyone around him.

Parkinson's is a disease that started out being a scary thought, but not much more. But then, before we knew it, it was affecting every aspect of my dad’s life and in turn, my mother and those around him. It wasn’t a big thing, until it was the only thing.

I want people to understand this disease better. They tell you that Parkinson’s is not deadly, but it is debilitating, and it is painful to watch someone you care about so deeply, suffer and slowly degrade to a point where just living life becomes a hardship. Medicine and technology are advancing rapidly‚ and that gives me hope, but we need to keep the pressure on so that in the future fewer people, or better yet, no one needs to go through what my dad did and what millions of families dealing with Parkinson’s every day are still going through. 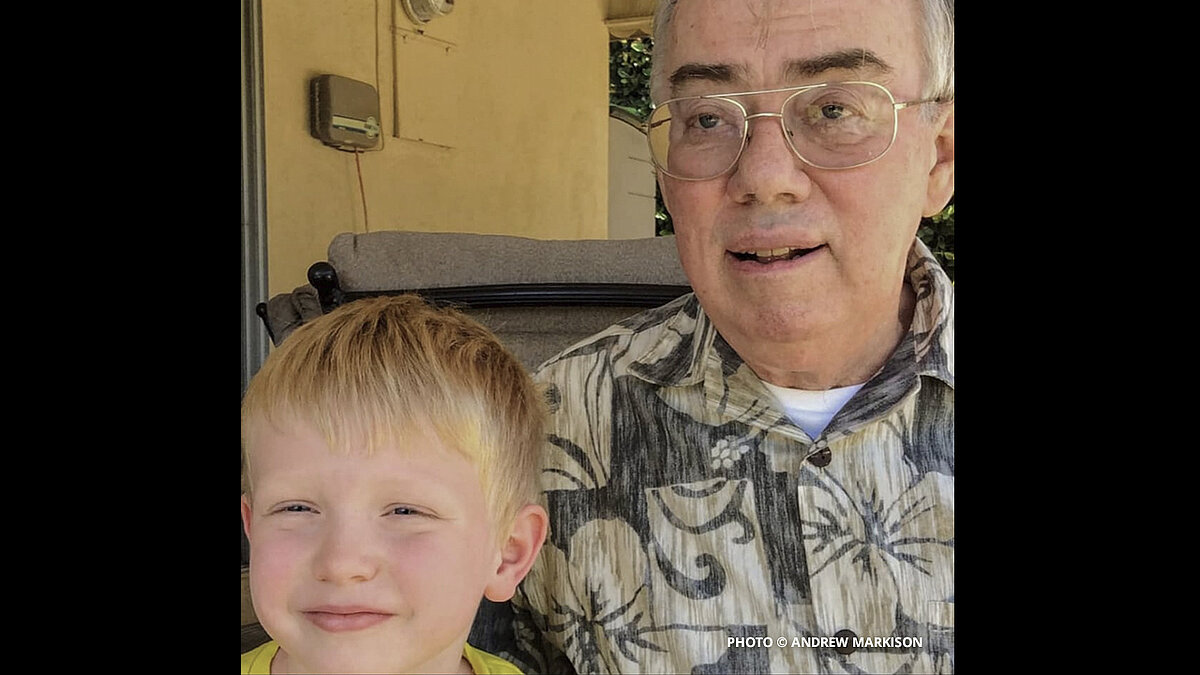