On March 8th, 2021 we celebrate the 110th International Women's Day. The meaning of this day is as important today as it ever was. Since 1911, women around the globe have been drawing attention to women's rights and gender equality on this important occasion - values that unfortunately even today day are not ubiquitous. We have a long way to go to get to so-called equality. Even in 2021 girls and women around the world will be disadvantaged, devalued, restricted and oppressed to varying degrees and in many locations; in areas such as salary, education, self-determination, sexuality or personal freedom.

In Germany, for example, the median difference in income between men and women is 19%. There are countries that deny women the freedom to travel. The right to education for girls and women is also often massively restricted or prohibited depending on where you live. In many places, the right to an abortion is determined by men or the Church. And forced marriages and genital circumcision are practiced even today.

But there are also encouraging signs and developments that confirm what studies have shown for a long time. For example that women in top management positions can make companies more successful, that in politics women have the ability to influence foreign and domestic policy for the greater good. And that brains can not be separated into typically masculine or feminine. Harmful stereotypes have an enormous influence on the formation of prejudices that have helped marginalize and exclude women for so long.

Female role models who are paving the way to equality can be found all over the world. The now 23-year-old, Nobel Peace Prize laureate and child rights activist Malala Yousafzai, courageously stood up for the right to attend school in Pakistan where education, listening to music, and appearing in public for women and girls was severely restricted. In the face of unfathomable odds and at risk to her own life she persevered and was almost killed because of it. Thankfully she survived and through her tireless struggle, she is today positively changing her home country step-by-step and giving women and girls a chance to learn in a positive and educational environment.

Kamala Harris, recently elected US Vice President in the Biden administration, is the first woman to be inducted into the post - as the 49th occupant of this office. She is also the first Afro- and first Asian-American woman in this position. Even if we do not yet know exactly how the progressive politician who is fighting for equality will use her influence, it should be known that the fight for equality between the genders is close to her heart.

German Chancellor and graduate physicist Angela Merkel, stood up to many male candidates sixteen years ago and she still holds office today. This powerful woman shows that conservative, male-dominated areas of life can also be transformed. Although viewed by some as controversial, the Chancellor enjoys popularity in her own country and is highly respected on the international stage. And she has managed to establish an attitude in this management position in which important decisions are always made with empathetic consideration as to how it will affect peoples' lives.

Of course, these are just a few examples of well-known names from the large number of committed and inspiring women around the world. It helps that there are so many prominent women figures, but a big public profile or a stellar career are not essential to advocating for women's rights and equality. We can start with ourselves, with family or friends, in everyday life, in raising our children, teach moral courage, teach solidarity. Its a common struggle for something that should be taken for granted by everyone - that's why women in this world have been taking to the streets on March 8th for over 100 years. It's something to think about.

medicalvision has as many female as male employees, an inspiring colorful team of different ages, origins and family backgrounds. We are firmly convinced that all people should be treated equally regardless of gender, religion, skin color or origin. 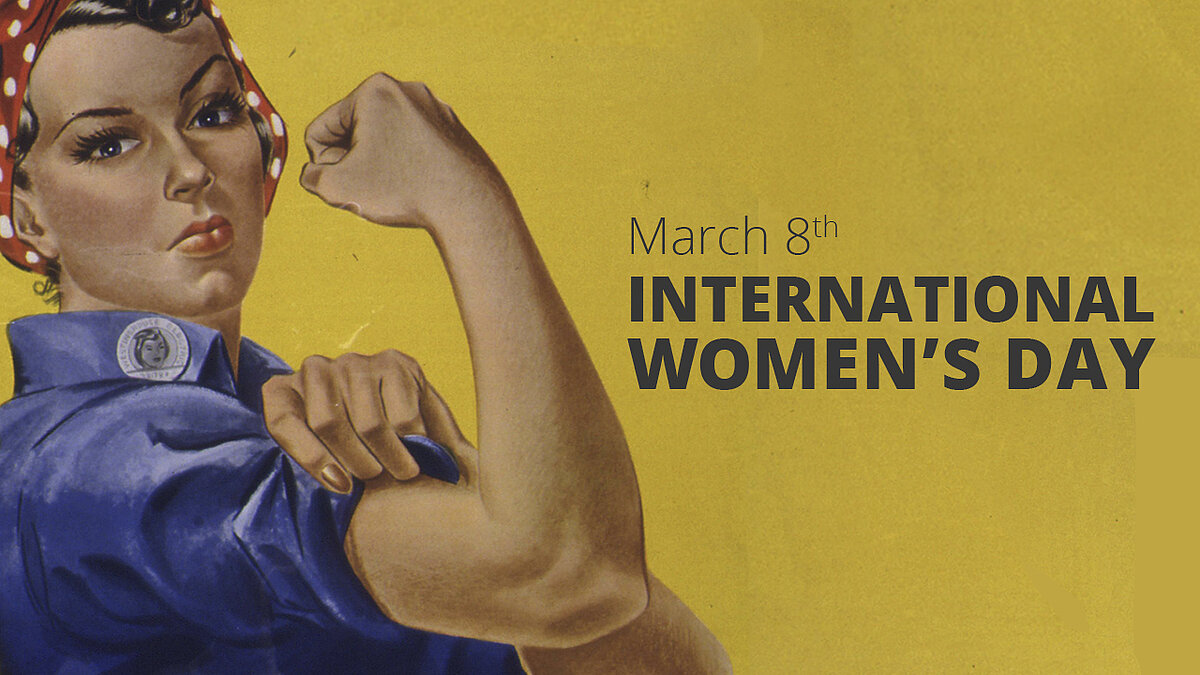